Ashtanga yoga as a way of life

It was October 2014 Ashtanga workshop in Cagliari at Yoga House Quartucciu.

After weekend some student put this text on own blog.

Was nice to see this article. Under you can read more .

" Last weekend I attended an Ashtanga workshop with Max Czenszak, here in Cagliari (Sardinia), in a beautiful studio: Ashram Cagliari Corsi Yoga.After three days listening to Max, I had a confirm of what I already knew: the ashtanga method isn’t just a yoga style, is a way of life.

Max told us that you cannot practice yoga like a “weekend-sport”, yoga is, instead, a way to live all your life.

Max himself is a proof of this affirmation. He started practicing yoga in his country, Poland, until he moved to Mysore in 2009. On his second year of attending classes in Mysore, he received from Sarath Jois, himself,the authorization to teach the Ashtanga method.And this is exceptional because lots of people spend years of practice and they never receive it.

His philosophy of life is very simple to explain, but very difficult to put in practice. Basically there are two rules : 1- Practice every day (except Saturdays and the days with new moon and full moon). Don’t have a break, don’t find excuses and don’t expect too much. Simply practice. 2-Observe life. Live your days looking things as new, like you discover things for the first time, like a child, try to banish the mechanics of your actions. You have to think yourself as a child that is discovering what he likes and what he doesn’t like. You always have to keep questioning yourself because things can change every day. Act with consciousness, choose and observe every behavior, every act you do. Don’t act because you have to or you use to.

Max, following Guru Pattabhi Jois says, that Ashtanga method is 99% practice and 1% theory. This 1% theory is based on a few textbooks, like: 1- The BAGAVHAD GITA, is the holy book of Hinduism and it is considered one of the most important sacred text.

2- The YOGA SUTRA of PATANJALI, one of the fundamental text of classic yoga, is a text of second century B.C. 3-The HATHA YOGA PRADIPIKA, is a text of XV century A.C., was written by Suami Suatmarama and it is considered one of the ancient text of Hatha yoga. 4- The YOGA MALA, is a small book, published for the first time in India in 1962, from Sri Pattabhi Jois, the founder of the Ashtanga method and here he describes his method. 5- SURYA NAMASKAR another book of Pattabhi Jois.

For Max these five books are more than enough for the theory. He told us he reads these books over and over, in his language and also in sanscrit, just to hear their music.

The rest is practice. The yoga, following the Yoga Sutra of Patanjali, is made from eight limbs: Yama, niyama, asana, pranayama, pratyahara, dharana,dhyana and samadhi.The first four give us the instructions of how behaving in front of the world, in front of ourself and how acting during our practice. The last four, instead, talk about our “spirit”, inside, and no one can teach them, we can only try to put in practice. A help to do the last four come from the practice itself, and we have to work on our practice constantly and daily. Max says “ it isn’t enough to read and understand yamas and niyamas, we need to experience them internally and we just can do it with the practice.”

Mastering the asanas allow us to control our mind: is the same when we have negative thoughts and we influence badly our body. Working on the body makes the mind to change for the better, because mind and body are one. For example: the ashtanga yogi works to keep his look (dristhi) focus. It is an exercise of attention and concentration and we use it, as well, to focus on our life. In this way we reach the sixth part of Yoga Sutra of Patanjali: dharana. For Max, after years of exercise the concentration, we can reach dhyana or meditation.

Max is never tired to repeat us that the only secret of yoga is: practice. If you ask for tricks or techniques to learn the asana, he always answer the same: more practice.There are no tricks, or magic formula to perform the asanas, the only secret is the daily practice. The Ashtanga method, created by Sri Pattabhi Jois, is a repetition of a series of asanas. As Max says, is the same sequences, but is never the same. It is a simple system to improve your mind. And a stable mind is easier to be happy.

There are three series: beginners, intermediate and advanced, but the last one is divided in other three.

The first series represents the YOGA CHIKITSA or therapeutic yoga. It prepares the body and the mind to go further. The second series, or intermediate series, is the NADI SODHANA, it cleans the nervous system. For this level you need strong body because you have more asanas and you go deeper in your practice. Some teachers introduce some intermediate asanas before finishing the first series, but For Max this can give instability to the mind. It is better follow the method, step by step, without expect too much. Practice brings it all.

The Mysore system is an individual yoga, it is like a private class. The teacher tell you when you can add more asanas. Never listen the suggestions that are given to other yogi, they are only for that person.

HOW IS THE LIFE OF A YOGI

Ideally is better practice in the morning because we are awaking a lot of energy, and is not desirable to have it in the night. In the morning, from 4 to 5, is Brahma Muhurta, the period of 1 hour and 36 minutes before the sun comes out. This is the best moment to practice. If you start your night habits at 8 o’clock and at 10 you are in bed, you can easily wake up at 4 or 5 (Max says :-)).

In Ayurveda they say that in the night the energy is Tama Guna, that means we have the Guna of ignorance, lethargic and inertia. That’s why in the night we cannot talk about vital choice or doing difficult work. Max also says to pay attention to the time we give to Facebook or other social network activities.

Before going to bed we have to do some rituals: have a shower with coconut oil, pray mantras and meditate. These make your practice better in the following day. From 10 to 12 are the best hours to rest. Anyway, Max says,to not force yourself to change suddenly your lifestyle. Everything will come when your body and mind will be ready. The only effort is practice daily. Everything else will come if we practice regularly and we look life every day like a new one. In this way we reopen our behaviors and, slowly, we arrive to have this way as a way of life. But Max remind us that we don’t feel guilty or desperate but always continue to try and practice. In the end a weekend full of wisdom."

Thank you to INSAYOGA for this text and Alicia & Noelia for translation into Englishh. 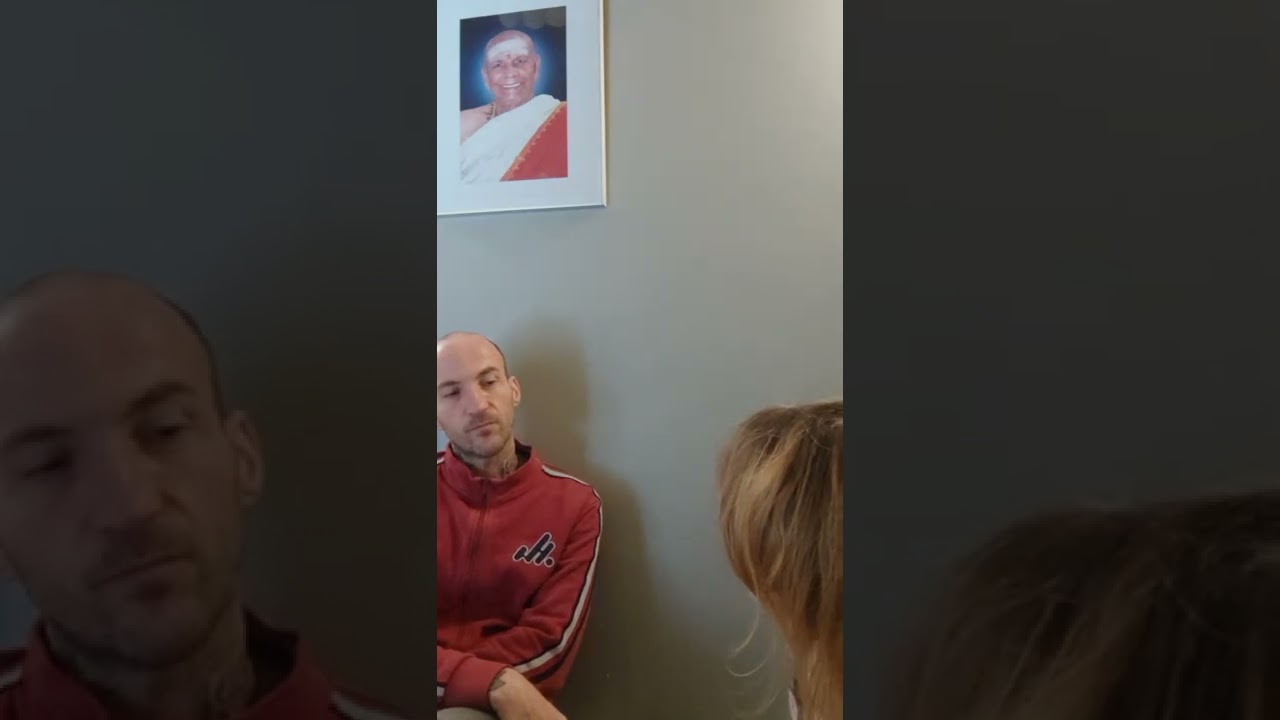 Interview in Warsaw at Yoga Republic 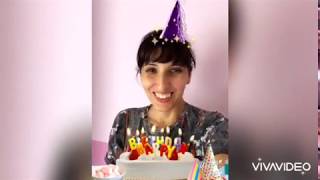 Birthday surprise movie from my students 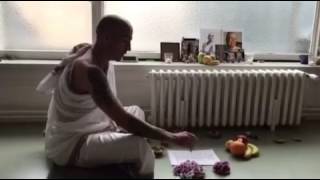 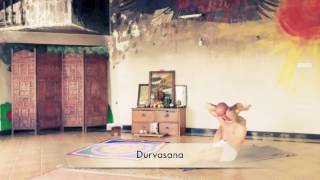 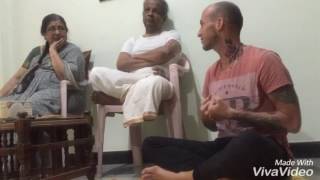 Yoga Sutra of Patanjali by Max 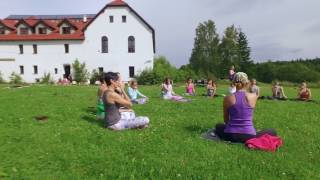 Why we always back to KPJAYI